Our county is composed of the towns of Parkers Crossroads, Lexington, Scotts Hill and Sardis. With recreational opportunities galore — seven lakes, the largest state park in Tennessee, great schools and livability that is second to none, Henderson County offers you a wonderful place to visit and an even better place to stay! It’s an ideal place to raise your family and grow your business.

You’ll find that the reasons abound: small-town charm without the big-city hassle, reasonable cost of living, gorgeous scenery and friendly people. You will be part of a diverse business community that prizes entrepreneurial drive and innovative thinking; most importantly, you will see that in Henderson County our people make us great! To learn more about retiring here, visit hctn.org. 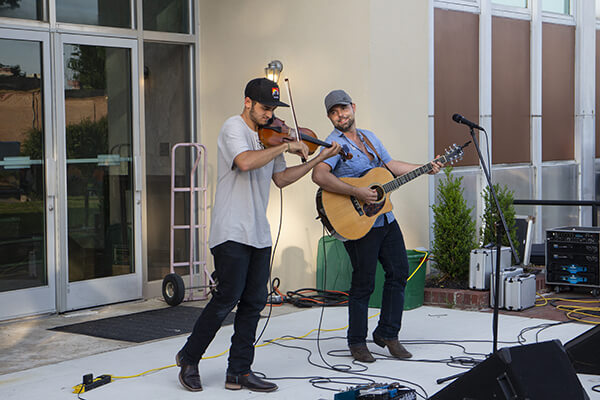 If you love music, you will love the integral role it has played in Henderson County. Johnny Cash performed at the very first Festival of the Lakes — back then known as the Water Festival. W.S. “Fluke” Holland, who lived in Henderson County, was a drummer for Carl Perkins, Johnny Cash and the Million Dollar Quartet; he is known around the world as a true pioneer of American Rockabilly, country, folk and rock n’ roll. Henderson County native Murray Franklin “Buddy” Cannon, is a musician, songwriter and producer who has worked with Shania Twain, Sammy Kershaw, Willie Nelson, Alison Krauss, Billy Ray Cyrus and Kenny Chesney.